The Center for Election Innovation & Research recently surveyed Georgia voters to better understand their confidence in the state’s electoral system and processes. This polling took place in October during the general election early voting period, in November shortly after the general election, and in January just prior to the runoff election. Though voter confidence diminished somewhat post-November, the drop was less than we might have expected given the foreign and domestic disinformation campaigns designed to diminish voter confidence.1 That better-than-expected result signals cause for hope. 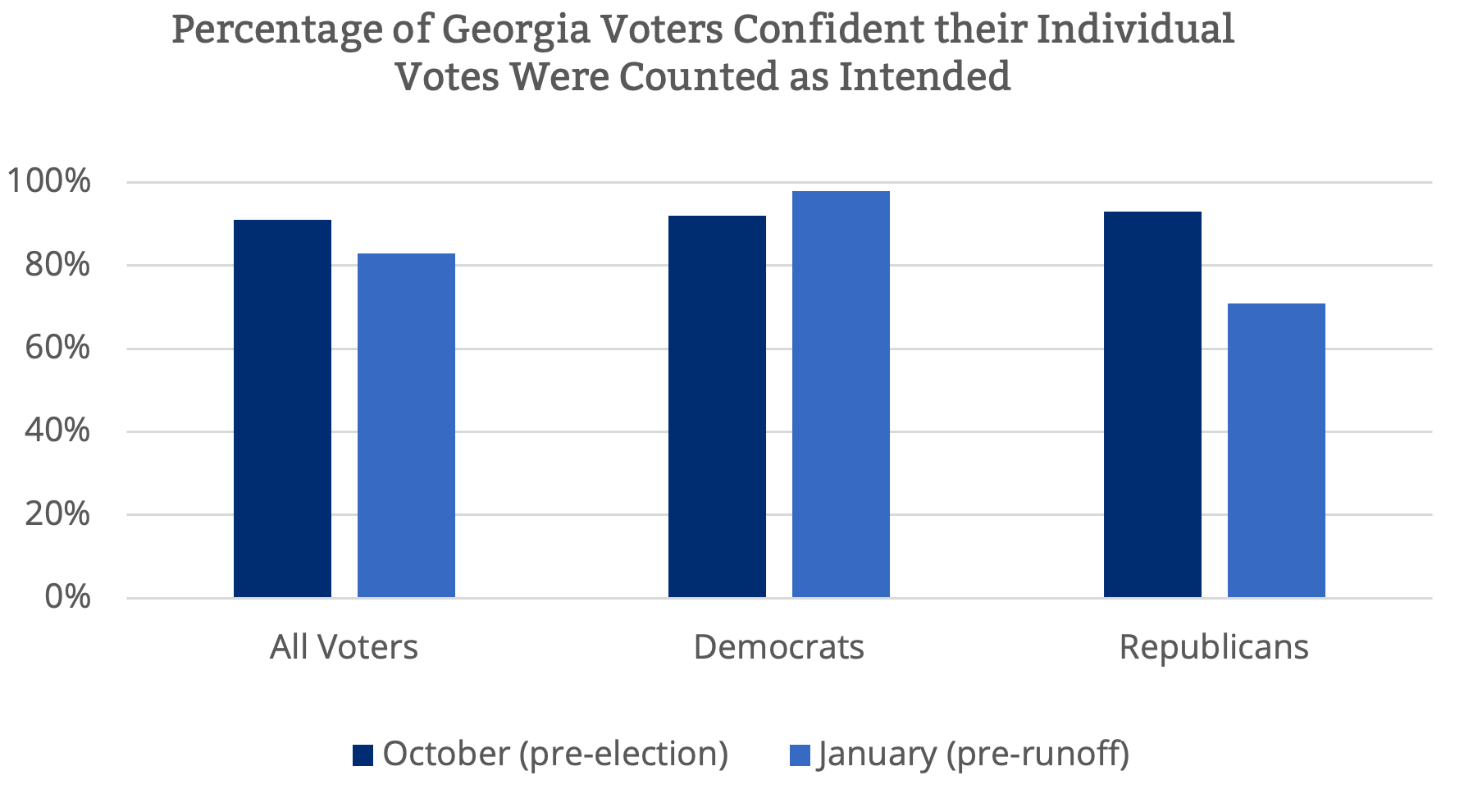 Absentee voters’ confidence similarly remained relatively steady despite rampant disinformation. In October, 93 percent of respondents who voted or planned to vote absentee in the upcoming election were confident absentee ballots would be counted accurately, with only a small decline to 87 percent in January. Democrats went from 96 percent to 92 percent being confident, while Republicans, the primary targets of false claims of voter fraud, declined a bit more, from 98 percent to 79 percent. 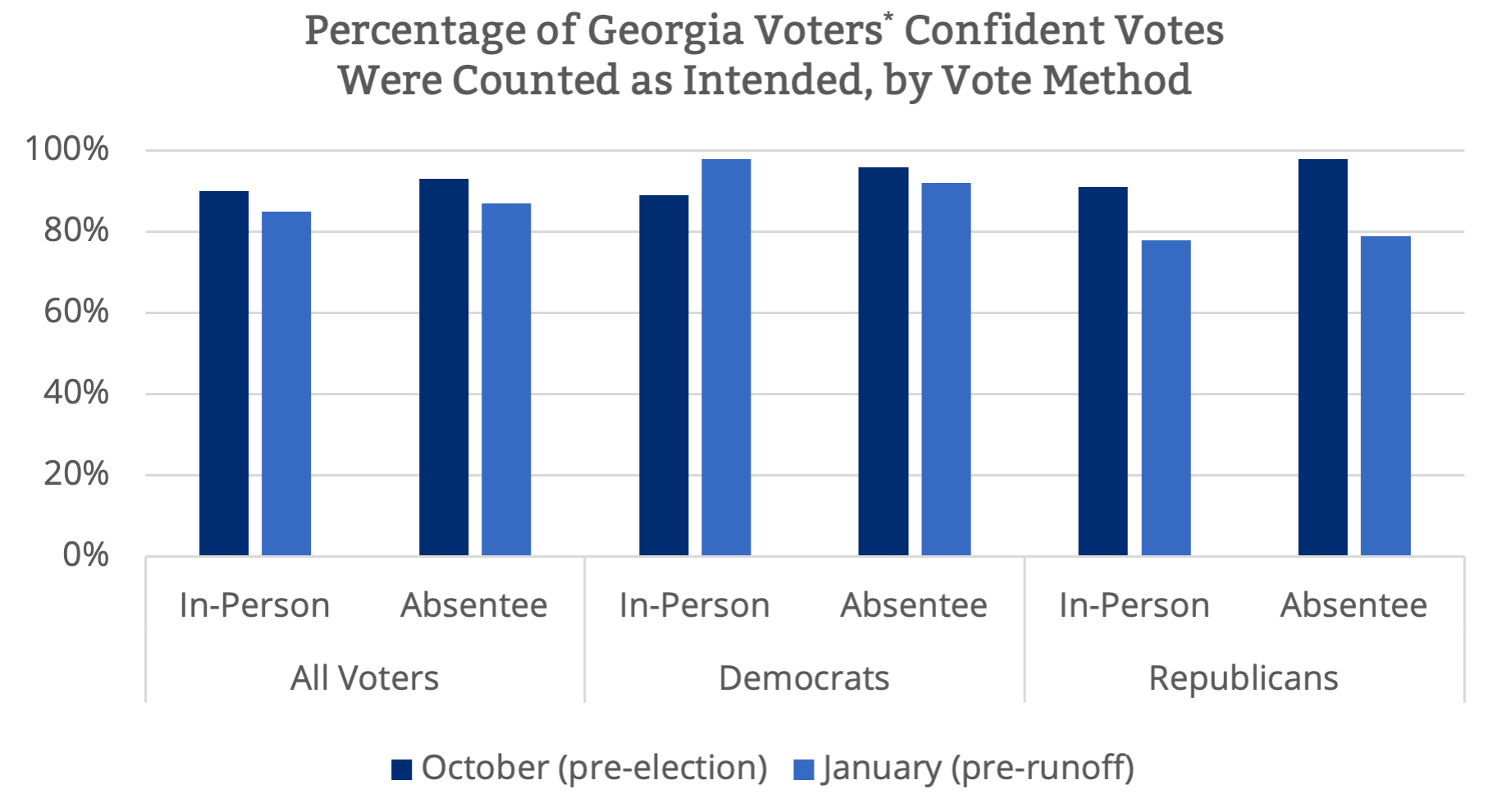 The disinformation campaign to raise doubts about the integrity of Georgia’s elections was without modern precedent. There is no question that the falsehoods about the election had an impact on their intended audience—Republican voters in the state. However, our survey data suggests that while there has been a measurable decline in voter confidence among Republicans, that decline was not as large as one might expect. Republicans were still fairly confident overall, with over 70 percent believing their votes would be counted as cast. It’s likely that efforts of election officials and others throughout the state, using transparent processes and accurate and secure methods, as well as communicating those methods effectively, contributed substantially to bolstering voter confidence.