The 2020 election cycle was the most secure election in American history. Voter lists were more accurate, there were more secure paper ballots, more states audited and recounted those ballots, and there was more scrutiny of the process by the courts, than ever before. Former President Trump’s Department of Homeland Security, Attorney General, and FBI Director all agreed that the election had integrity. We owe a debt to the public service of the nation’s election officials, who worked to ensure that all voters could vote conveniently and easily, even in a pandemic, while maintaining the security of the process.

In the aftermath of the election, citing the losing candidate’s Big Lie that the election was “stolen,” some legislators are supporting proposals to roll back many of the election reforms that led the 2020 election to be a success – in particular, early and mail voting. These efforts not only could create barriers for eligible voters, but also negatively impact election integrity by concentrating voting on a single day instead of over a longer period, which could hamper efforts to detect fraud or cyber-attacks. As legislators are moving forward with such regressive proposals, and citizens – both individual and corporate – are speaking out against these anti-democratic measures, there has been misinformation about which states are offering the easiest access to the ballot for eligible voters.

The Center for Election Innovation & Research compiled current data from all 50 states and the District of Columbia, indicating whether the state offered mail voting to all voters or required a specific excuse, and whether the state made in-person early voting available to all voters. Those that offer both are coded below in green, those that require an excuse to vote by mail but offered some early voting are coded in yellow,1 and those that are most restrictive, requiring both an excuse to vote by mail or vote early in-person, if that option is available at all, are coded in red. This data is accurate as of April 12, 2021, for the next federal election in 2022. 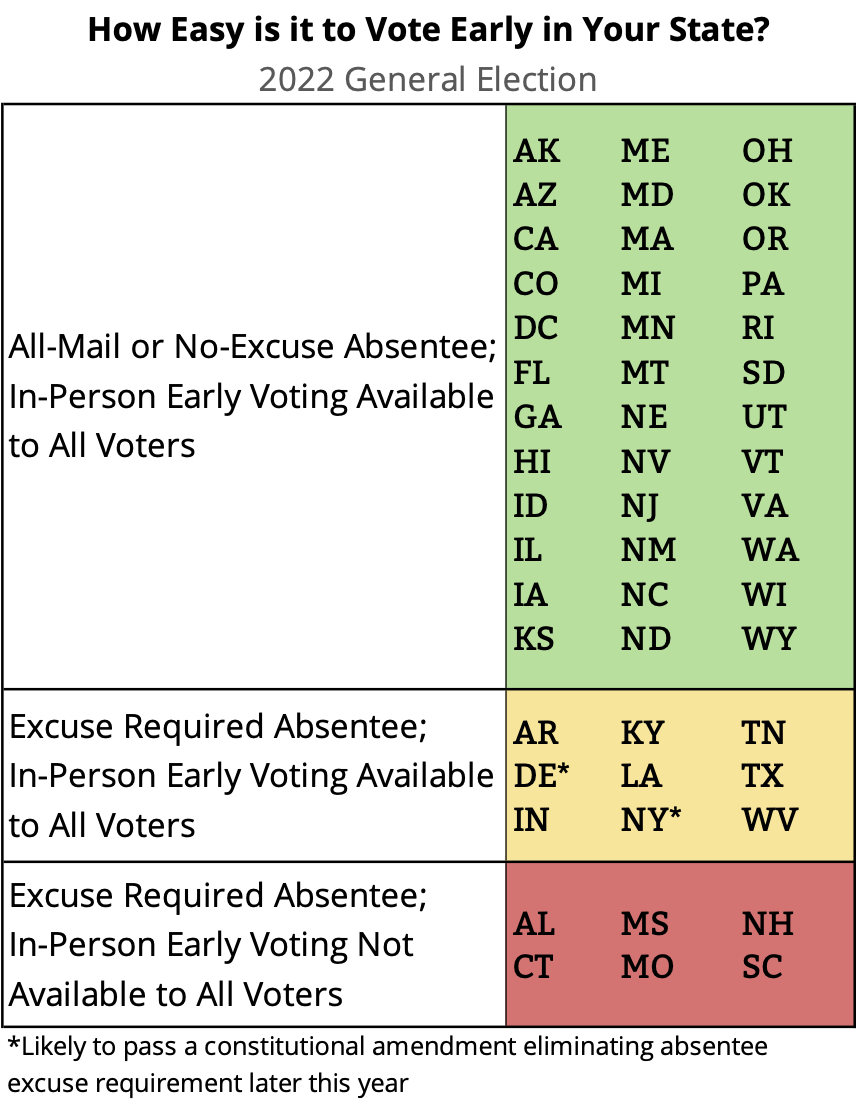 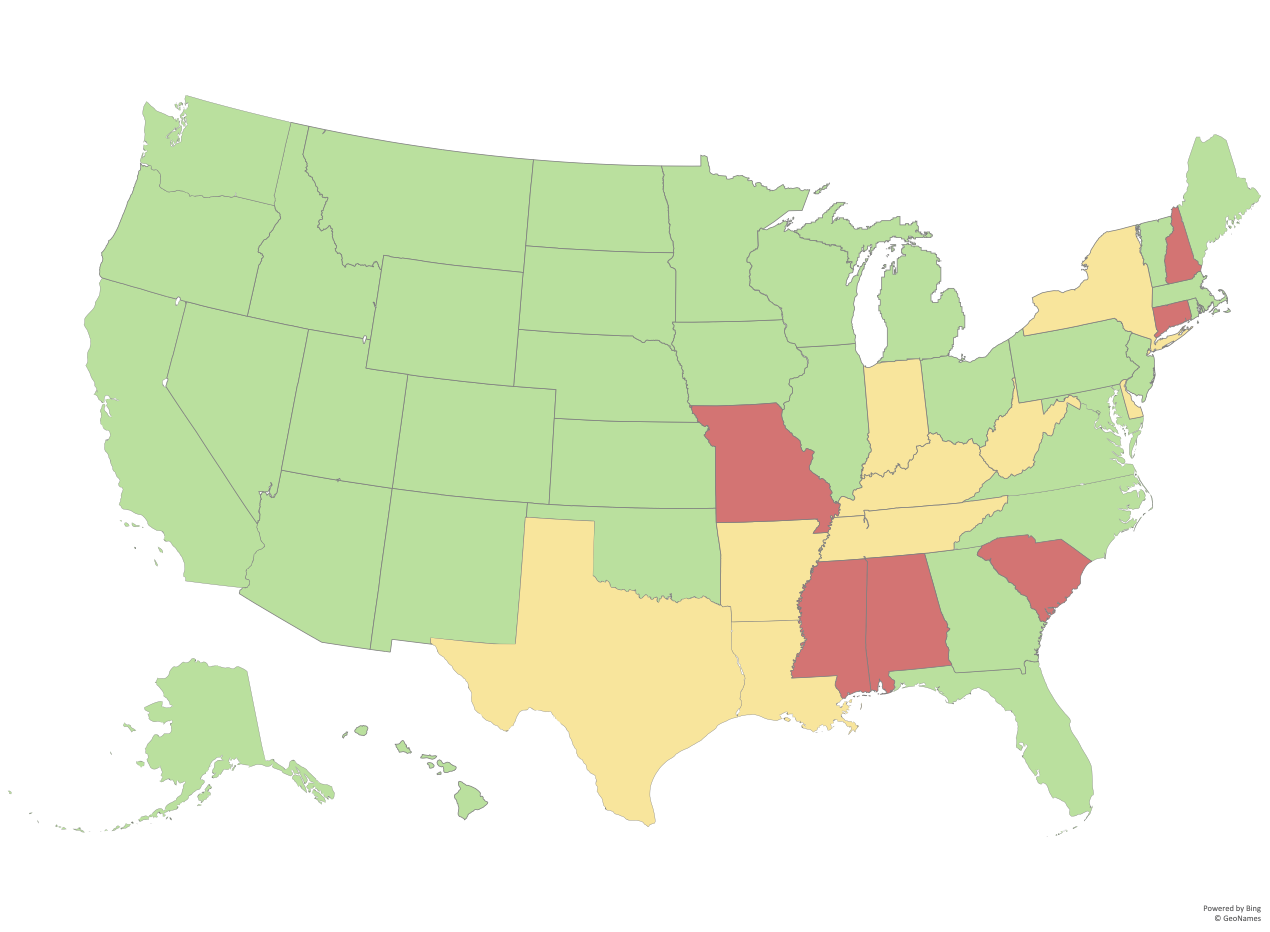 1 Delaware and New York are on track to pass constitutional amendments removing their absentee excuse requirements before the 2022 general election.
For more on Delaware: https://www.delawarepublic.org/post/state-constitutional-amendment-would-make-it-easier-vote-absentee; for more on New York: https://dailygazette.com/2021/01/12/cuomo-senate-say-proposals-will-boost-voting-access/