In 2021, The Center for Election Innovation & Research (CEIR) partnered with Echelon Insights to better understand voter confidence and perceptions of election integrity in the wake of the widespread election denial that followed the 2020 election. That survey revealed that Republican voters lacked trust in elections much more than other voters. In December 2022, CEIR once again partnered with Echelon Insights on a survey (N=2,262) to assess voters’ beliefs about election integrity, with a focus on Republicans (GOP). We summarize the survey’s key findings below.

Confidence in Election Administration and Results 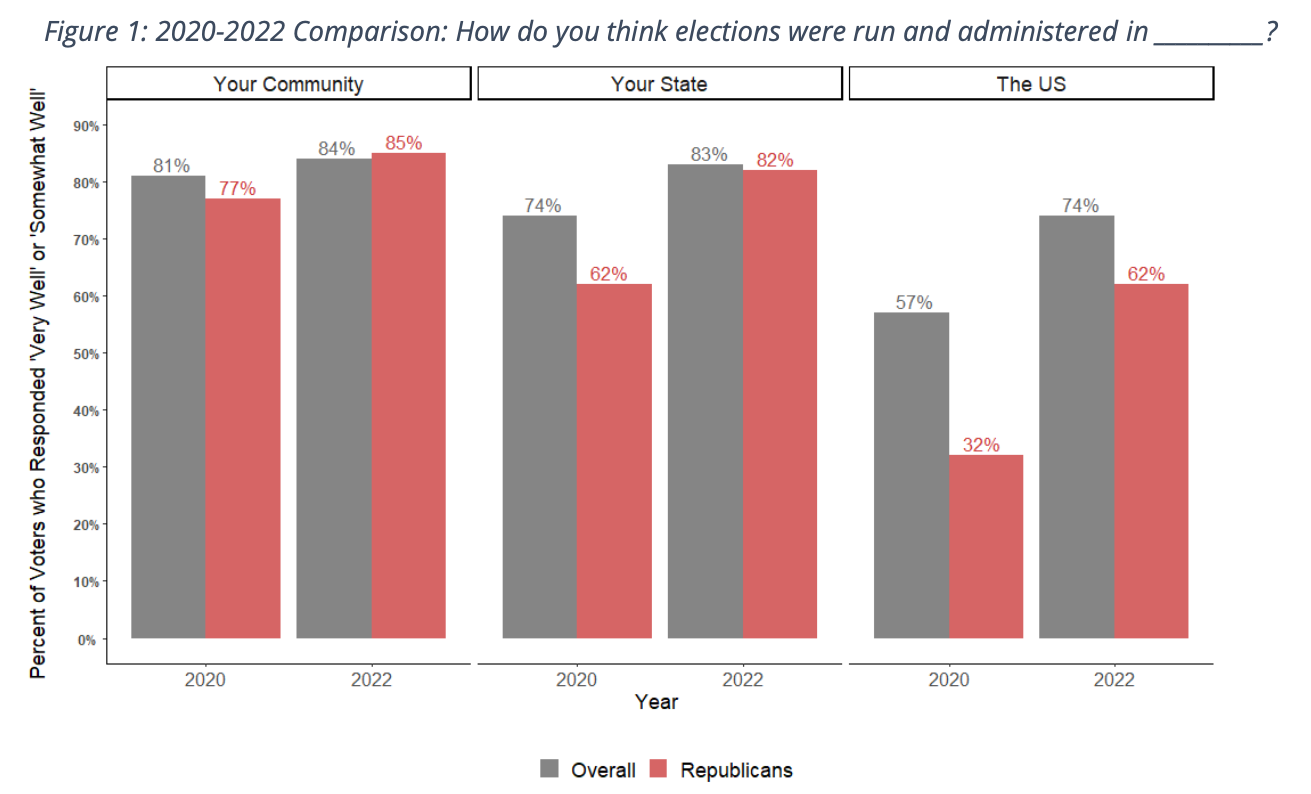 Perceptions about Voting and Election Fraud

Despite signs of increased confidence in election administration among Republican voters, some lingering beliefs about voting and election fraud persist, even after the success of the 2022 midterm elections. This is especially true when asked about “elections in other states.” 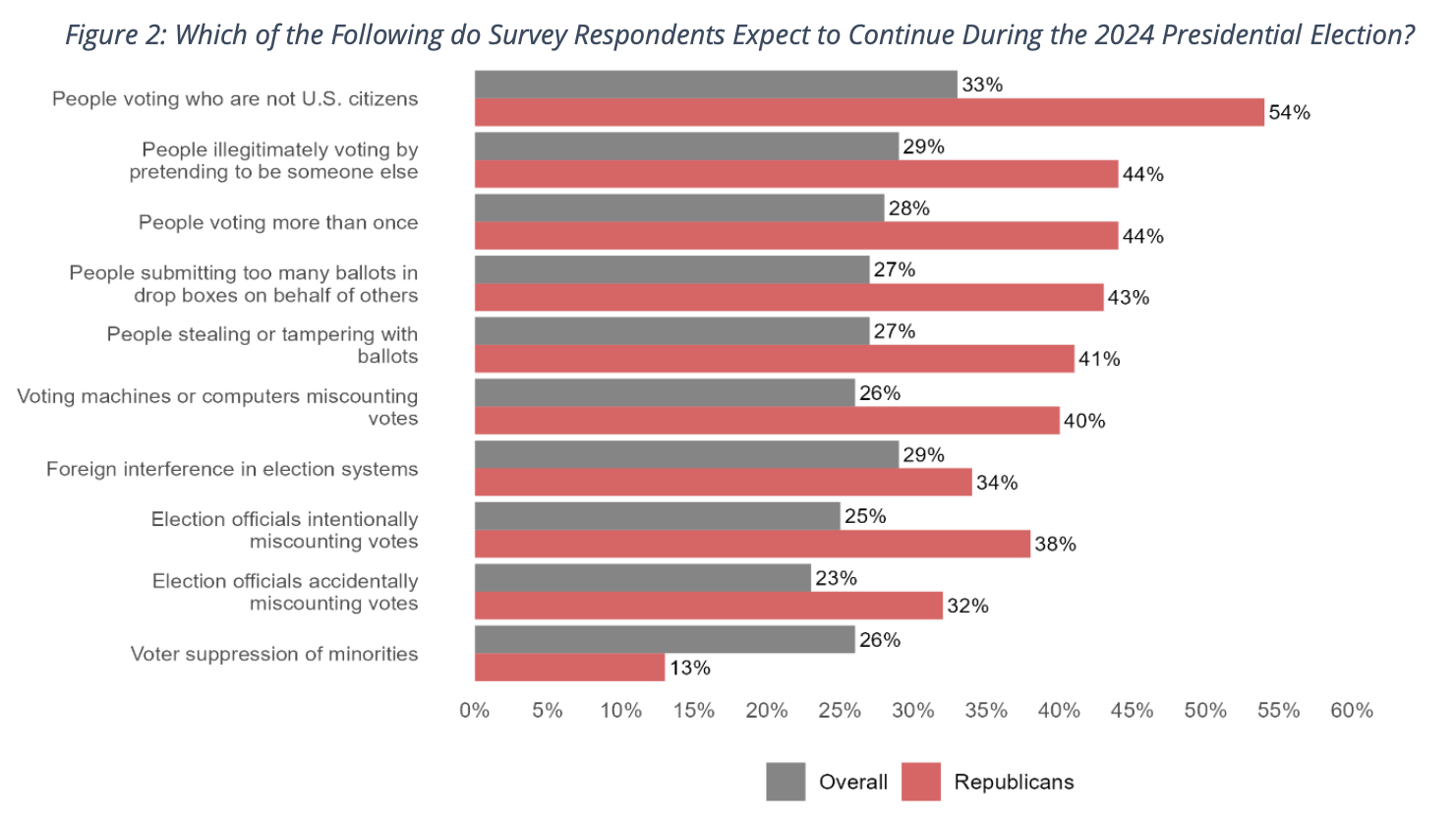 Beliefs About Policies to Improve Trust in Election Outcomes

While their trust in elections remains relatively low, Republican voters indicate that certain policies would help increase their confidence. However, many of these policies are already in place in the states where these voters reside, suggesting that voter education to raise awareness may be necessary to inform voters. 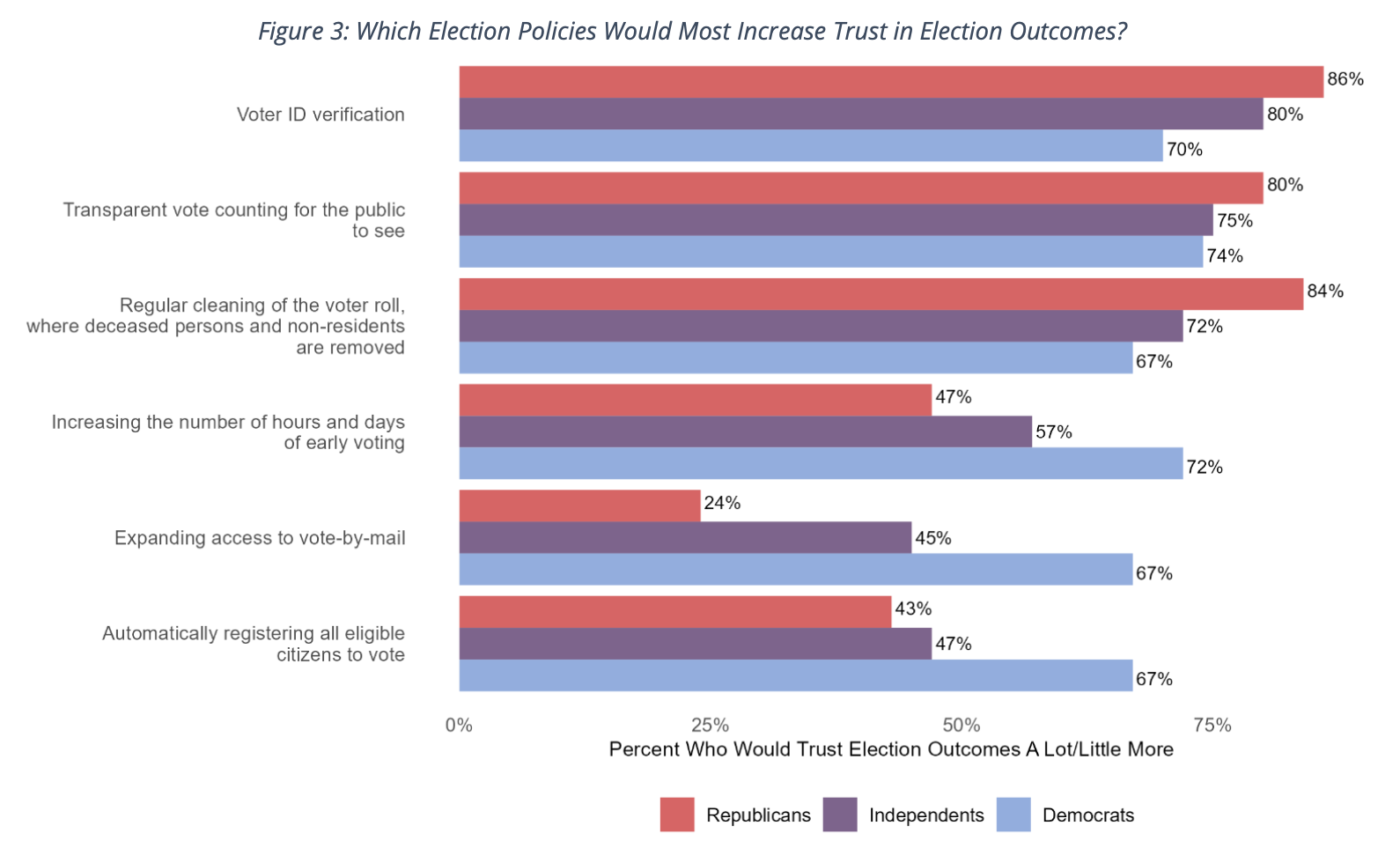 Click here to learn more about how we defined our universes for this report and to download the crosstabs.