David Becker is the Executive Director and Founder of the Center for Election Innovation & Research, leading this cutting-edge non-profit’s work to improve election administration through research, data, and technology. David created CEIR to be the first effort of its kind, with a proven track record of working with election officials and experts from around the country and across the aisle. Through its efforts, CEIR seeks to reverse the historical decline in voter turnout, and give election officials the tools they need to ensure that all eligible voters can vote conveniently in a system with maximum integrity.

Prior to founding CEIR, David was Director of the elections program at The Pew Charitable Trusts, driving reforms in election administration, including using technology to provide voters with information they need to cast a ballot; assessing election performance through better data; and upgrading voter registration systems. As the lead for Pew’s analysis and advocacy on elections issues, David spearheaded development of the innovative Electronic Registration Information Center, or ERIC, which to date has helped a bipartisan group of nearly two dozen states correct almost 4 million out-of-date voter records, and led to these states registering almost a million new eligible voters. David led campaigns in dozens of states, red and blue and everything in between, and directed Pew’s partnerships with state government agencies, and with private sector partners like Google, IBM, Facebook, and others.

Before joining Pew, David served for seven years as a senior trial attorney in the Voting Section of the Department of Justice’s Civil Rights Division, where he led numerous investigations into violations of federal voting laws regarding redistricting, minority voting rights, voter intimidation, and vote dilution. During his time at the Justice Department, David worked in dozens of states enforcing federal election laws and observing elections in thousands of precincts, and served as lead trial counsel in many cases, including Georgia v. Ashcroft.

David’s appearances in the media include The New York Times, The Washington Post, MSNBC, and NPR, and he has been published several times, including by the Stanford Social Innovation Review, the University of California, Berkeley, and The Hill.

David received both his undergraduate and law degrees from the University of California, Berkeley. 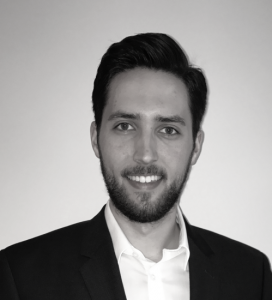 
Jacob Kipp is an experienced leader and entrepreneur who has been working in and around the elections space for the last six years. He has helped develop CEIR’s operational capabilities with long-term sustainability in mind. Since May 2018, he has also led the organization’s programming and research efforts.

Before joining CEIR, Jacob established and oversaw the Northern Virginia operations of Revive My Vote, a nonprofit dedicated to helping those with prior felony convictions restore their right to vote. As head of RMV’s Northern Virginia operations, he oversaw a group of dedicated volunteers and worked to build strategic partnerships in the community. Jacob also worked in politics, managing a hard-fought campaign against an incumbent Virginia delegate and clerking for the general counsel of the National Republican Senatorial Committee.

Jacob is a graduate of William & Mary Law School, where he focused on election law and related fields. While in law school, Jacob spent a summer with the Virginia Department of Elections, where he spearheaded the Department’s effort to update Virginia’s election recount guidelines. He also led the William & Mary Election Law Society and received the Thomas Jefferson Prize for his published student note on the regulation of hybrid political action committees. Prior to law school, Jacob graduated with distinction from Indiana University, where he studied cognitive science and chemistry.


Erica is an experienced educator and researcher who specializes in making data accessible. Before coming to CEIR, she worked extensively in education and the analysis of elections and political discourse. Erica graduated with a bachelor’s degree in History and Communications from the University of Arkansas in 2009. From 2009-2011 she served as a Teach For America corps member in New Orleans. She has a master’s degree from the University of Orleans in France, and a joint Ph.D. in international politics/foreign languages, cultures, and literatures from Queen’s University Belfast in Northern Ireland and the University of Orleans.


Jenny Lovell is a Research Associate at the Center for Election Innovation and Research.

Before joining CEIR, Jenny worked as an Election Officer in Fairfax city. She also conducted field work with a research team from the University of Michigan, studying political movements and social networks. As assistant editor, she also helped write and edit the Oxford Handbook of Political Networks.

Jenny graduated from George Mason University with a Bachelor’s in Government and International Politics and a Minor in French. She is currently working on her Master’s in Political Science.

In the rare moments when she isn’t working or studying, Jenny enjoys sewing and international travel. So far she’s been to Nigeria (twice), Turkey, the Dominican Republic, France, and Iceland. She’s always looking for ideas on where to travel next!


Catherine Roxas is a Summer Intern at the Center for Election Innovation and Research.

Catherine is approaching her third year at the University of California, Berkeley, where she is pursuing an undergraduate degree in both Political Science and Media Studies. She is a member of the Division I Cal Women’s Lacrosse team. Catherine is also an Undergraduate Research Apprentice, assisting in the study and analysis of the female legacy in Cal Athletics as part of a campus-wide project that documents the story of women at UC Berkeley since they were first admitted 150 years ago. Catherine is excited to expand her research capabilities and is particularly interested in the evolving role of technology in politics.