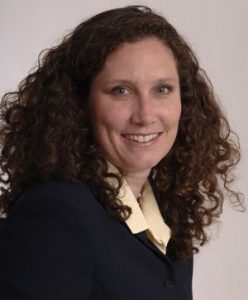 Pam Anderson currently serves as the Executive Director of the Colorado County Clerks Association, a non-profit professional association which represents the 64 elected and appointed county Clerk and Recorders in the state of Colorado. The Clerk & Recorders are responsible for several functions including administration of coordinated, state and federal elections, recording of all land records and marriage licensing, motor vehicle titling and registration, and Clerk to the Board of County Commissioners.

Pam was elected the Jefferson County Clerk and Recorder in 2006, and re-elected in 2010. Previously she served as the elected City Clerk for the City of Wheat Ridge. Jefferson County, Colorado is located west of Denver with approximately 422,000 registered voters and is politically diverse (1/3 R, 1/3 D and 1/3 U). She has a B.A. in History, Master’s Degree in Public Administration and is a CERA-certified election professional.

Pam is owner of Consilium Colorado, LLC., a consulting firm that specializes in public/private leadership, program management specializing in elections administration, and political affairs. She is on the Board of the Center for Technology and Civic Life, has served as a member of the Dean’s Advisory Board for the School of Public Affairs at the University of Colorado, Denver and an advisory member of the Pew Center Performance Index of Elections Advisory group. She is Past- President of the Colorado County Clerks Association, and she led the CCCA when the Colorado General Assembly passed model election reforms, known as the Colorado Voter Access and Modernization Act (COVAME).

Pam enjoys spending time outdoors in beautiful Colorado with her husband, Jay, and two children Sylas, 18 and Kathryn, 16. She is an avid sports fan and loves to read, travel and cook.

David Becker is the Executive Director and Founder of the Center for Election Innovation & Research, leading this cutting-edge non-profit’s work to improve election administration through research, data, and technology. David created CEIR to be the first effort of its kind, with a proven track record of working with election officials and experts from around the country and across the aisle. Through its efforts, CEIR seeks to reverse the historical decline in voter turnout, and give election officials the tools they need to ensure that all eligible voters can vote conveniently in a system with maximum integrity.

Prior to founding CEIR, David was Director of the elections program at The Pew Charitable Trusts, driving reforms in election administration, including using technology to provide voters with information they need to cast a ballot; assessing election performance through better data; and upgrading voter registration systems. As the lead for Pew’s analysis and advocacy on elections issues, David spearheaded development of the innovative Electronic Registration Information Center, or ERIC, which to date has helped a bipartisan group of nearly two dozen states correct almost 4 million out-of-date voter records, and led to these states registering almost a million new eligible voters. David led campaigns in dozens of states, red and blue and everything in between, and directed Pew’s partnerships with state government agencies, and with private sector partners like Google, IBM, Facebook, and others.

Before joining Pew, David served for seven years as a senior trial attorney in the Voting Section of the Department of Justice’s Civil Rights Division, where he led numerous investigations into violations of federal voting laws regarding redistricting, minority voting rights, voter intimidation, and vote dilution. During his time at the Justice Department, David worked in dozens of states enforcing federal election laws and observing elections in thousands of precincts, and served as lead trial counsel in many cases, including Georgia v. Ashcroft.

David’s appearances in the media include The New York Times, The Washington Post, MSNBC, and NPR, and he has been published several times, including by the Stanford Social Innovation Review, the University of California, Berkeley, and The Hill.

David received both his undergraduate and law degrees from the University of California, Berkeley. 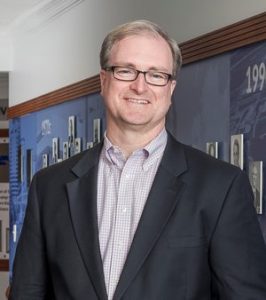 Trey Grayson is a member at Frost Brown Todd, as well as a principal in the firm’s public affairs affiliate, CivicPoint. Before that, Trey served as the President & CEO of the Northern Kentucky Chamber of Commerce.

Active in the community, especially in the educational space, Trey currently serves on the boards of directors of Leadership Kentucky, Kentucky Governor’s Scholars Program, the Fund for Transforming Education in Kentucky, ArtsWave, Health Collaborative of Greater Cincinnati, Northern Kentucky Workforce Investment Board, Gateway Community and Technical College Foundation, as well as several other boards by virtue of his position with the Chamber, including the Northern Kentucky Tri-County Economic Development Corporation, Kentucky Chamber of Commerce, NKU Foundation and OKI Regional Council of Governments.

From 2011 to June 2014, he served as the Director of Harvard University’s Institute of Politics.  While at Harvard, Trey was known as an expert on the political views of millennials and the role of technology in politics and government, as well as for his extensive involvement on campus, including service as a freshman academic adviser, faculty fellow for the men’s basketball team, and Kirkland House Senior Common Room member.

Prior to his time at Harvard, he was a two-term Secretary of State of the Commonwealth of Kentucky. The youngest Secretary of State in the country at the time of his election, Trey was recognized as a national leader in government innovation, business services, election administration and civic education.  He served as Chair of the Republican Association of Secretaries of States and the President of the National Association of Secretaries of State.

Trey remains engaged in election administration, with his service on the bipartisan Presidential Commission on Election Administration following the 2012 election and the Commission’s follow-up work to implement its recommendations, as well as serving as a founding board member of Democracy Works, best known for its innovative voter registration service, TurboVote.

Before entering politics, he was an attorney with the law firms of Greenebaum Doll & McDonald and Keating, Muething & Klekamp.  Trey received an A.B. in Government from Harvard College in 1994 and a JD/MBA from the University of Kentucky in 1998.  He resides in Boone County with his wife, Nancy, and his daughters, Alex and Kate. 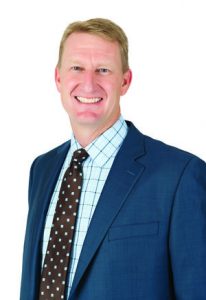 Kirk Jowers is dōTERRA International’s Vice President of Corporate Relations and European Markets. Prior to joining dōTERRA, Kirk served as the University of Utah’s Chief Advisor to the Office of Global Engagement, Director of Federal Relations, and Director of the Hinckley Institute of Politics, where he was described by the Salt Lake Tribune as being the “most quoted man in Utah.” He also has served on more than 25 boards and committees, including as a founder of Count My Vote and Real Women Run, Chairman and General Counsel of Mitt Romney’s Commonwealth PACs, and a member of Utah Governor Herbert’s Advisory Team, Utah Attorney General Reyes’ Advisory Committee, and Oversight Chairman Jason Chaffetz’s Kitchen Cabinet. As a partner in the Washington, DC law firm of Caplin & Drysdale, Kirk provided legal and political advice to political parties, more than 30 congressional and gubernatorial candidates, Fortune 500 corporations, non-profit organizations, and five presidential campaigns. A noted lecturer, commentator, and author, Kirk is a University of Utah and Harvard Law School graduate, the 2007 recipient of the University of Utah’s Par Excellence Award and 2016 recipient of the American Diabetes Association’s Father of the Year Award. Kirk and his wife Kristen have five children. 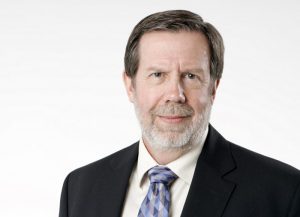 Mr. Kennedy served as Wisconsin’s Chief Election Official from August 17, 1983 until June 29, 2016.  No other individual has served longer in that capacity.  Under his leadership, Wisconsin was consistently recognized as a leader and innovator in the administration of elections, lobbying and campaign finance.  Mr. Kennedy was in private practice in Madison before joining the Wisconsin State Elections Board on April 1, 1979.  He began his legal career as an assistant district attorney in Washington County, Wisconsin.

In addition to his service to the people of Wisconsin, Mr. Kennedy has been active in a number of professional organizations, including the Council on Governmental Ethics Laws (COGEL), the National Association of State Election Directors (NASED), Election Center, the State Bar of Wisconsin, and the Dane County Bar Association.  He has testified before Congress, several federal and state legislative bodies as well as numerous private organizations active in the fields of campaign finance, elections, ethics and lobbying.  Kevin is a Certified Elections and Registration Administrator (CERA). 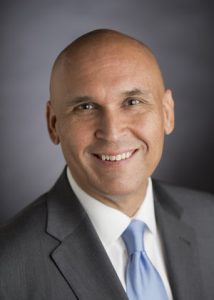 Ray Martinez is president of the Independent Colleges and Universities of Texas (ICUT), which serves the state and federal policy interests of Texas’ regionally-accredited, nonprofit independent institutions of higher education. Prior to joining ICUT, Ray served as chancellor of WGU Texas and has held senior government relations positions at Rice University and with the Texas A&M University System. Ray previously served as the director of the Higher Education Committee in the Texas Senate.

Ray also has substantial experience working in Washington, D.C. Throughout most of the 1990’s Ray worked in the administration of President Bill Clinton, where he held numerous appointed positions, including regional director for the U.S. Department of Health and Human Services and deputy assistant to President Clinton as part of the White House staff. From 2003-2006, he served as one of four commissioners on the U.S. Election Assistance Commission, a bipartisan federal agency responsible for assisting state and local governments to improve the process of election administration. President George W. Bush nominated Ray to serve as a commissioner and he was subsequently confirmed by the U.S. Senate for this position.

Ray has taken his extensive experience from working in the halls of government into the college classroom. From 2007-2013, he served as an adjunct professor of public policy at the University of Texas School of Law and the LBJ School of Public Affairs, where he taught a course on election law and policy. His writings and commentaries on a variety of election law issues have been printed in various periodicals, including the New York Times, Baltimore Sun, Roll Call , and the Election Law Journal.

A native of Alice, Texas, Ray received his bachelor’s degree from Southwestern University and his law degree from the University of Houston Law Center. Ray and his wife, Beth, reside in Austin and they have two children, Sofia Grace and Lorenzo Elder.